HotSpot Shield VPN one of the leading Canadian VPN services. We examine how well the service does against the competition in this comprehensive review.

VPN Deals
1. SurfsharkClaim 81% Off!
2. NordVPNClaim 68% Off!
3. PrivateVPNClaim 65% Off!
77% off
Access all your favorite content at blazing-fast speeds.
Get the Deal

HotSpot Shield VPN is one of the largest VPN service providers based out of Canada. Over 650 million users and counting have made the company a runaway success story.

The question we’ve been getting from many people is how good is HotSpot Shield in terms of security features, network encryption, and speed compared to the competition? As a company that’s been around since 2005, they have grown tremendously and not only in size but also in the way of features offered, something we cover extensively in this review.

While a large number of subscribers is one indication that the VPN company is doing something right, it isn’t the only indicator of success. That’s why in this HotSpot Shield Review, we attempt to cover everything that’s going right for the company that benefits users.

Apparently, this is the biggest concern for people and for all the right reasons. The company has a strict no-logging policy, something that they claim openly on the official website. Plus, the support page further elaborates on that policy by saying that they don’t collect any personally identifiable information. Also, no information is shared, stored, or collected in any type of user database. No activity logs is a standard for the company regardless which plan you chosen.

We read through the rather tedious “Privacy Policy,” and found that the company stated that they didn’t store or log IP addresses, session duration or anything else that can be identified and associated with the user. Furthermore, IP address information is instantly deleted as soon as the user disconnects from the VPN. That should clear your fear of session logging associated with each VPN connection.

Anyone who is interested in knowing about HotSpot Shield’s privacy measures should read the AnchorFree’s 2018 Transparency Report. The report details the request the company has received through 2018 from governments and various law enforcement agencies as to how much data is being produced.  So, the report should set most users’ minds at ease for the most part.

Hotspot Shield claims that their Catapult Hydra protocol offers the best performance in the VPN industry but does it really? To test out this claim, we connected to Netflix, and we ran an independent Speedtest. We also accessed numerous multimedia-rich websites to figure out how fast the VPN was compared to not using a VPN.

When connected to the UK, which for Canadians should be the nearest location off the continent of America, we experienced speeds between 190 to 200Mbps. To give you some context, we are using a 250Mbps broadband connection. If you’re on a faster connection, we are sure you’ll obviously get better speeds.

When connected to the UK, which for Canadians should be the nearest location off the continent of America, we experienced speeds between 190 to 200Mbps. To give you some context, we are using a 250Mbps broadband connection. If you’re on a faster connection, we are sure you’ll obviously get better speeds.

We also connected to nearby European locations like Germany, Netherlands, France, and each time the speed was between 170 to 180Mbps, which is excellent considering the difference in distance.

Connecting to a server across the border in the US saw download speeds dip slights to an average 220Mbps. The interesting thing about using Hotspot Shield is that the servers which are further like in India, Brazil, Singapore, and Japan often average higher than those nearby. The only time speeds dropped significantly to 150 Mbps was when we connected to servers in Australia.

As people who have been reviewing VPNs by the dozens for years, we can tell you that these are excellent speeds. Usually, the speed throttling is anywhere from 15% to 50% even with the best VPN services.

AnchorFree did an excellent job designing the UI. It is by far the best looking VPN service we’ve reviewed in years. Not only that, but it is immensely easy to use for newbies.

Installing it on most devices takes 2 minutes, and the software looks high-tech and geeky, something we personally like. Adjusting your settings and location isn’t hard to find. Our only gripe is perhaps they don’t have much in the way of advanced settings, and we assume it is to keep things simple for the average Joe. The result is a simple, easy to understand and use VPN software that we can recommend to anyone without a computer science degree.

The ease of use extends to the company’s browser extensions too. The Chrome and Firefox browser extensions are a breeze to use even for someone who has never used a VPN before. Not to mention the fact that they offer many advanced features not found with any other VPN add-on, we will dive into more detail about these features a little later on in the article.

Another great thing about Hotspot Shield is that unlike the competition they support anonymous torrenting. The network uses what’s called a super-secure AES-256-bit Encryption algorithm to protect data during transmission from your devices.

All that protection means that not even your ISP can see the data being transmitted via Hotspot Shield. That said we strongly advise against downloading and sharing copyrighted content since it isn’t only illegal but unethical too.

Since AnchorFree endorses and openly provides instructions on how to go about anonymous tormenting, it is why it’s safe to say that you can use their VPN software to ensure safe torrenting. So, no worries about the government cracking down on you with a cease and desist order.

The majority of VPNs we’ve tested over the years offers browser extensions but which in most cases is basic. You have a very stripped-down version of the full-blown app, and as you’d expect, the functionality is limited too. However, that isn’t the shortcut taken by HotSpot Shield. The Chrome extension, for instance, is packed with features and happens to be a lot more powerful in some departments compared to mobile and desktop apps.

The only issue we have is that the opening interface is deceptive as it gives no indication of just how much functionality it has to offer. An empty panel with a singular Connect button greets users, just click, and it connects you to a proxy server. The connection is near-instant since the extension uses a proxy system to protect traffic flowing via the browser. While you won’t be able to stream Netflix, you’d be able to unblock most websites using the extension. 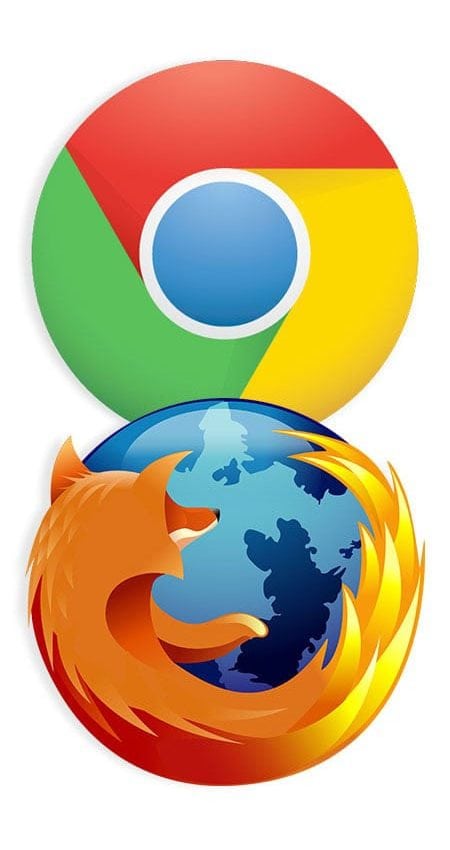 The full breadth of the extension can be leveraged when you open the Configuration by clicking on its associated button on the top right. Here you’ll be able to do things like set the default server, or have it automatically connects to the nearest server. The only drawback is that you only have access to servers in Germany, Canada, France, Russia, Singapore, Netherlands, India, the US, and the UK.

Users also get access to a host of privacy extras like a cookie, tracker, ad, WebRTC blocker, malware, and numerous other handy options. To us, the best options of all is the Bypass list and Auto-Protect. Add websites to the Auto-Protect list for instance and each time you access those websites HotSpot Shied will turn on. The same goes for the Bypass list, websites on that list will go through the regular internet connection while you’re still connected to the VPN.

The adblocker we tested works better than other competing products. However, it isn’t as good as dedicated paid ad blockers. That’s why we still give it a thumbs up for doing a decent job as an added feature.

Over the years we’ve tested many VPNs that work with Netflix, but since the company actively cracks down on VPNs, things change faster than we’d like to admit. For now, we were able to stream Netflix, but it could possibly change and when that happens even HotSpot Shield reps can’t tell you.

Our experience is that you’ll have to connect to numerous servers to find one that works with Netflix. The effort is worth it though, and there are a host of directions on their website, which should help with the process.

Streaming Netflix with Hotspot Shield is slightly more complicated than it is with ExpressVPN. If you are having trouble customer service should be able to chat with you through the process.

Like all VPN services, HotSpot Shield has its own share of cons which are fortunately fewer than the pros. But make sure that you are comfortable with the cons before proceeding with the service.

If you are having a problem using Hotspot Shield you have access to various apps which will furnish you with instant access to all types of advice and instructions on fixing common issues. However, if your issue is a lot more complex compared to what is being addressed in these documents, you can visit the support website for further guidance.

Articles in the web-based support center are organized by platform, categories, and issues. You can also search the database for documents using keywords like the problem or errors you’re being plagued with to find a solution. You are bound to find a lot of useful information on the website that’s not found anywhere else, which includes release notes for the latest apps.

Now in the event, you can’t find the answer to your questions, the company has a 24/7 chat hotline for users. The chat system works as we’d expect the response time is pretty good and for the multitude of times we tested it during various times of the day they seemed to be available.

The other way to contact support is to fill out a form online by clicking on the Contact button on your app. The form raises a ticket which is responded to within a couple of hours in our experience.

The service offers lightning-fast speeds and a host of servers from which you can choose. However, there are issues which are easily looked past like the lack of OpenVPN support and a basic customer service.

That said the application and service more than compensates for these omissions. Also, the 45-day money-back guarantee provided by HotSpot Shield VPN is there to back your money in case HotSpot Shield may not suit your needs.

The Internet with No Limits
With 77% Off