We took Ivacy VPN for a test-drive and were in for a couple of surprises during our review. Read our full Ivacy review to find out more.

87% Off
use our promo code to get an additional 20% discount!
code: vpnonline20
Get the Deal

Singapore-based IVACY VPN is a service built from the ground up with regular users in mind. IVACY, like CyberGhost, offers a server selection based on your needs.

The service will suggest the best server for the job based on whether you want to browse the internet, watch Netflix movies, or use a torrent client. The clean and well-designed interface is one of the first things you notice.

Rather than making you jump through hoops or assuming that users are familiar with industry jargon, it gets right to the point. As a result, it is the ideal VPN for someone new to VPNs. When you first open the app, all of the options are displayed on the left side of the screen.

Streaming, unblocking, Smart Connect, and Secure Download are the main features (in detail below). An icon that takes you to your account, settings, and support is also available. 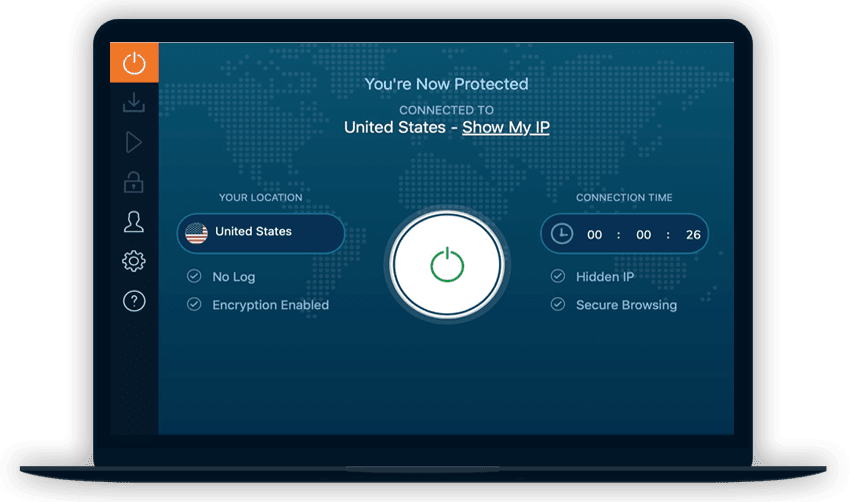 The most basic VPN connection is offered by IVACY. It's also the app's default setting when you first launch it. All you have to do is select your location, which is organized by country, and then drill down to specific cities within each country. Take the United States, for example, where there are 11 cities to choose from, compared to three for the rest of the world.

When you select the 'Secure Download' option, all servers that allow P2P downloads will appear. Surprisingly, there is a secondary feature that, when enabled, scans for malware at the server level, preventing the download of potentially malicious software. In our experience, the feature is quite useful, and it did alert us when we tried to download malicious software on purpose.

The streaming feature allows you to select the best server for streaming based on country or activity (channels). Users can stream their favorite shows using the 'Channels' option, also known as US TV Watching.

The streaming feature performed as expected during our testing. Some channels, on the other hand, displayed an error message. We had issues with Netflix and YouTube Red streaming as well.

As the name implies, the feature was created to assist people in getting around barriers erected by corporations and oppressive countries such as China. It essentially unblocks all content, including that not intended for viewing in your country. However, Ivacy does not support TOR, which is not unexpected.

Even when using a VPN, you risk revealing your real IP address to a website or application, especially if there is a break in the connection. So, to prevent this from ever happening again, When you lose connection with the VPN server, IVACY's Kill Switch feature will disconnect you from the internet immediately.

IVACY provides a variety of tunneling protocols to choose from. Tunneling protocols are necessary because they are in charge of data transfer. PPTP, Open VPN, L2TP-IPSec, and SSTP are currently supported by IVACY.

Live chat is available 24 hours a day, seven days a week, and unlike other services, you won't be greeted by a bot. For example, we contacted customer service with many questions and a fictitious problem.

urprise, the person who chatted with us promptly answered all of our questions and offered various solutions to the so-called problem we were having. This level of customer service gives us the confidence to recommend the service to others.

How dangerous is unsafe browsing without a VPN?

When you browse the web without a VPN, your ISP can see everything you do online. This includes what websites you visit, who you send email to, and any information sent over unencrypted protocols like FTP or Instant Messaging (IM) services. Since ISPs will store all of this information for years, they are more than happy to share it with anyone who asks!

How can we access something that has been 'blocked' by our ISP?"

ISPs block many VPN services. Use a VPN service that your ISP does not block, or configure your own VPN server to get around this. There are even tutorials on how to do this for free. You could also use free DNS servers such as those run by Google or OpenDNS.

File sharing (peer-to-peer or P2P) is a way of distributing files. For example, you can use file sharing to download music, movies, and other media online. Often, when people are doing this on their computers, they will set up a VPN to do it more safely over the Internet. If you are downloading something like this, you should always use a VPN.

Is Ivacy VPN Worth It?

We've reviewed hundreds of VPN services. When compared to our best VPN services, IVACY is a standout. It has a low price and simple software that makes complex tasks simple.

For example, IVACY makes it simple for users to unblock the internet or watch movies online without fear of being persecuted with the 'Unblock' feature.

IVACY only has a few flaws that aren't deal-breakers—more features and easier to use than competitors with higher prices. So our recommendation is IVACY if you want a cheap VPN and can live with the cons listed. While not the fastest VPN, it does the job! 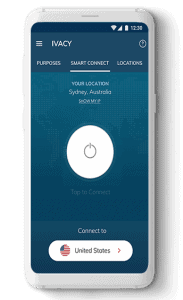 By: Michael Miller
Michael is the CEO of VPN Online, one of the fastest-growing media companies in the cyber-security space. VPN Online was started in 2019 after Michael consulted with many Fortune 500 companies and saw the lack of understanding about cybersecurity many of their employees had.
Quick navigation
1. Ivacy VPN Review
2. Ivacy VPN Features
2.1. Smart Connect
2.2. Secure Download
2.3. Streaming
2.4. Unblocking
2.5. Kill Switch
2.6. Protocols and Encryption Support
3. The Pros
4. The Cons
5. Ivacy VPN Pricing
6. Ivacy VPN Customer Support
7. Frequently Asked Questions
7.1. How dangerous is unsafe browsing without a VPN?
7.2. How can we access something that has been 'blocked' by our ISP?"
7.3. What does "P2P" Mean?
8. Is Ivacy VPN Worth It?