Surfshark VPN is one of the best VPN services. If you are serious about keeping your privacy and security, read this review about Surfshark VPN.

81% Off
Feel free to connect & use all your family devices simultaneously.
Get the Deal 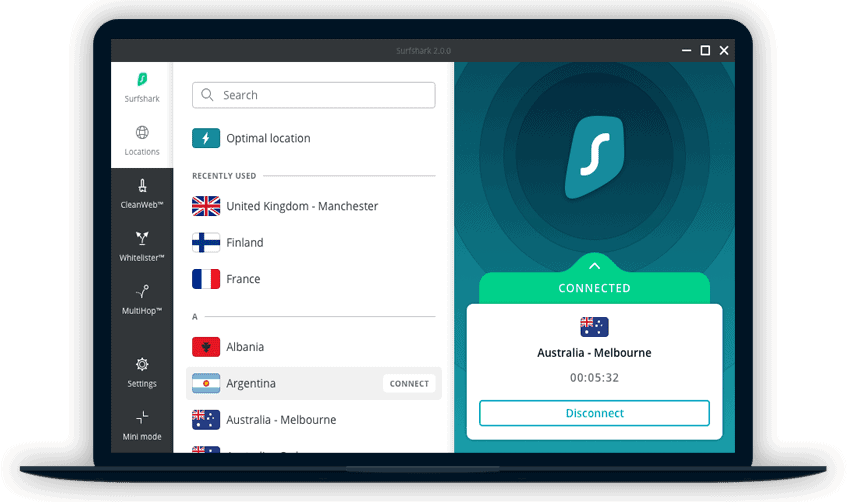 Surf Shark VPN is proof that budget-friendly VPNs don't have to suffer from a lack of features. Instead, this VPN offers cutting-edge features and advanced functionality at a budget-friendly price.

Even though it is new to the market (probably about six months), this latest VPN service is making waves for its cutting-edge features at a low price. Surf Shark VPN is an appealing virtual private network that offers a diverse set of features at an affordable price.

Aside from that, the network hosts over 1700 servers from 63 different countries. There are apps for Android, Mac, Windows, Linux, and iOS, and there are no limits to the number of simultaneous connections you can use.

The service excels the most in terms of technical features, such as support for IKEv2 and OpenVPN, AES-256 encryption, an automatic kill switch to protect you if your connection abruptly terminates, and a no-logs policy. In addition, ad and URL blocking, VPN chaining (the use of two servers for a single hop), and other features are available in SurfShark.

They provide limitless bandwidth, lightning-fast speeds, and dedicated streaming servers. In addition, surf Shark always provides reliable Netflix access, regardless of which server you choose, including those in the United States.

With Surf Shark, you'll be able to bypass Netflix's complex VPN blocks and enjoy fast loading times and high-quality video. This VPN server also enables users to access content from other streaming platforms, such as BBC iPlayer and Amazon Video, without difficulty. 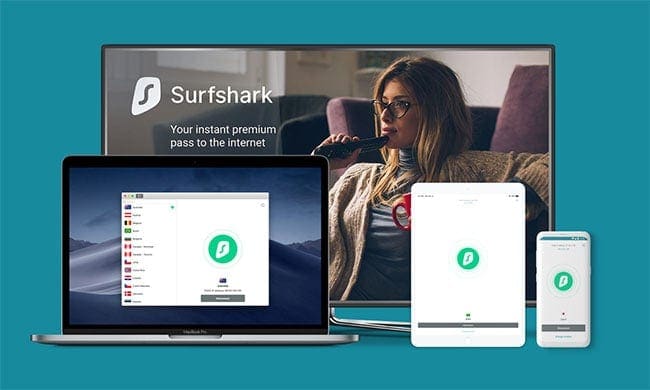 When it comes to torrenting, Surf Shark is the best VPN for torrenting. This is because every server supports P2P file sharing, and the majority of the network's servers are optimized for torrenting.

Surfshark is also compatible with torrent software like uTorrent and BitTorrent and streaming players like VLC, Ace Player, and Popcorn Time. The VPN also does an excellent job concealing your true identity and P2P activity.

Surfshark's VPN service has no DNS leaks. With Surf Shark VPN, you get DNS leak protection, encryption, and an automatic kill switch on all unknown apps. Surfshark's Double VPN, which includes multihop, is said superior.

It adds an extra layer of security by routing traffic through two encrypted servers. Defend against tracking, phishing, and malware. This feature uses modern obfuscated servers that quickly bypass network firewalls and other internet barriers.

As your ISP cannot track your online activity, this VPN is ideal for countries with limited internet access. Only iOS, Android, and Windows support this mode. Surfshark uses real servers located all over the world.

Hosting companies use virtual servers to share a machine's resources. Surprisingly, Surfshark chose Cure53, a well-known and trusted cybersecurity firm, to assess the security of their browser extensions.

An independent audit dispels any concerns about the VPN provider's responsibility to their users. Cure 53 experts are known for their thoroughness and objectivity. The audit found only two minor issues unrelated to the browser extensions.

Because of their fast and dependable connections, VPN services stand out. A VPN that interferes with your connection will limit your ability to torrent, stream, or browse the internet. Surf Shark has a Quick Connect feature that finds the fastest server for you.

If you live in the United States, you can get download speeds of up to 68 Mbps, ideal for online gaming, HD streaming, and torrenting. However, other countries' servers, such as the UK's, have a much lower average download speed of 19Mbps.

However, it is still adequate for high-volume activities such as streaming. It's normal to experience slower speeds when connecting to a server that is further away from your current location. And the download speeds offered by Surfshark vary by country. 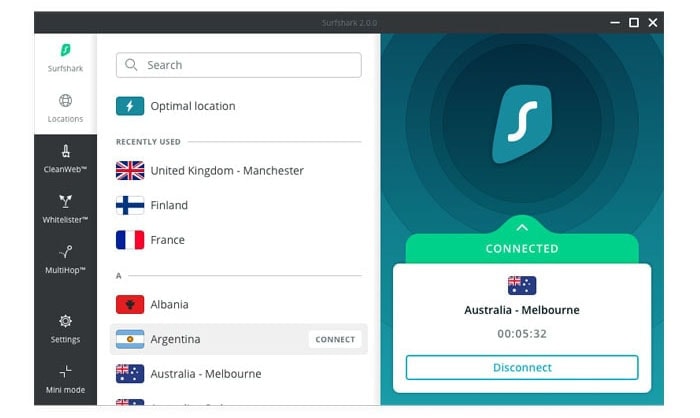 For example, the average download speed in Germany is 30 Mbps, while it is 39 Mbps in Hong Kong. These are already mind-bogglingly fast speeds. Surf Shark is also known for its network stability, with users reporting few to no connection failures or speed drops.

Surfshark is based in the British Virgin Islands, which are beyond the jurisdiction of the 5/9/14 Eyes Alliance. Surf Shark summarizes its logging policy from the moment you open the app for the first time. Surfshark's privacy policy states that it does not record any usage or connection data in any way.

The service provider keeps only the following information:

If you want to be completely anonymous online, a payment option allows you to pay with a cryptocurrency like Bitcoin. Paying in bitcoins eliminates the need to submit your billing information and increases your anonymity.

Overall, Surfshark advocates for a logging policy that is both privacy-friendly and transparent. You can rest assured that none of the following information will be recorded by the service provider:

In addition, Surf Shark provides a warranty canary, demonstrating that they are a reliable VPN service provider. 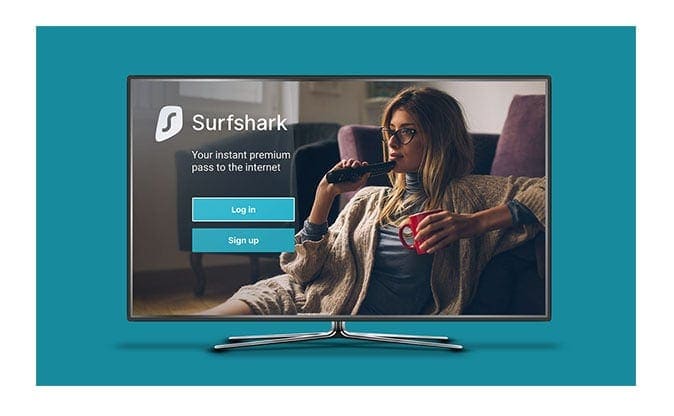 One of the VPN services offered by Surfshark is an ad blocker. The CleanWeb feature, in particular, is in charge of blocking ads, malware, and trackers.

This feature protects and improves your privacy while speeding up loading times and saving network data. In addition, Surfshark's CleanWeb feature can consistently block any ads you encounter, even if you visit multiple ad-filled websites.

China's ability to track down and block VPNs has improved. Many VPN providers find it difficult to pass through this restrictive country. Surfshark, on the other hand, works in China. The NoBoarders features are beneficial for circumventing censorship.

It can detect whether you're on a restricted network or in a country where government censorship is in place, and it will automatically redirect your traffic to restricted content.

In addition, according to the Surf Shark review, it offers the latest Shadowsocks protocol, which is compatible with all Windows versions.

In a restricted area like China, this new protocol helps to improve access. Shadowsock is an open-source encrypted proxy in general. It's a fantastic feature for getting around internet censorship.

With its heavy-duty and unbeatable AES 256-bit encryption, Surfshark promises to keep you safe. In addition, the IKEv2 and OpenVPN protocols are reinforced. So choose an OpenVPN connection for maximum security.

The IKEv2 protocol is usually used by default in the iOS AND MacOS versions of Surf Shark. However, you can manually set up an OpenVPN connection to such apps if you prefer.

You can choose between UDP and TCP OpenVPN connections in the Android and Windows versions, giving you various options to get the service you want.

Compatible with Many Devices

Surf Shark is compatible with iOS, Android, macOS, and Windows. They also provide secure browser extensions that work with Chrome and Firefox. In addition, manual installation guides for Apple TV, Fire TV, PlayStation, Xbox, and Linux are available on their website.

When using the Surf Shark app on different devices, consider some differences. For example, in the Settings of the Windows native software and the Android app, you can select the VPN protocol you prefer. However, when using iOS and macOS apps, you cannot perform such actions. 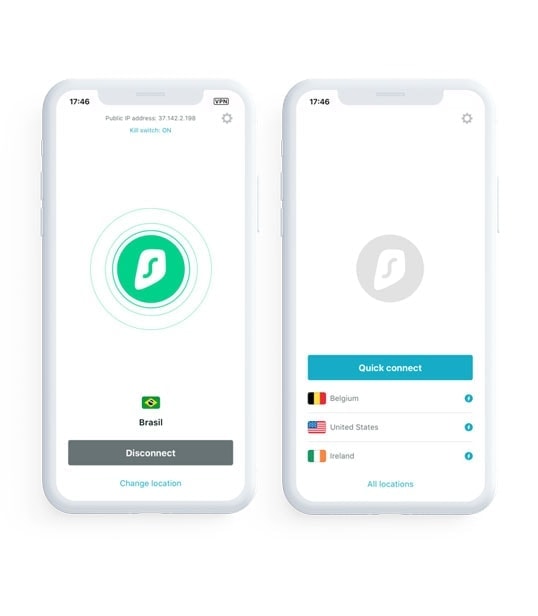 The CleanWeb feature is also not available on mobile devices. Apart from these minor limitations, Surfshark does an excellent job of maintaining its features across multiple platforms.

They have an automatic kill switch, MultiHop, and NoBoarders mode in their native apps. Furthermore, even with a single subscription, the VPN service allows you to connect to an unlimited number of devices simultaneously.

Simple and Easy to Use Interface

Surf Shark does well to ensure that using VPN services is simple. The settings menu is simple to navigate. You won't have any trouble using the cutting-edge features of Surf Shark, even if you're, you're new to using VPNs and need a review to get you started.

Additionally, their mobile app is user-friendly and appealing. They made sure that users had a good time with their native apps, which were professionally designed.

Finally, the user interface is simple to grasp. As a result, you will have a hassle-free time using Surfshark's services, regardless of the features and functions you use.

Surfshark's customer service is outstanding. Their live chat support staff is responsive, personable, and informative 24 hours a day, seven days a week. When you ask a question, a representative will join the conversation and respond in less than a minute.

Because customer service is an essential component of a high-quality VPN service, Surfshark's premium customer support is a huge plus. 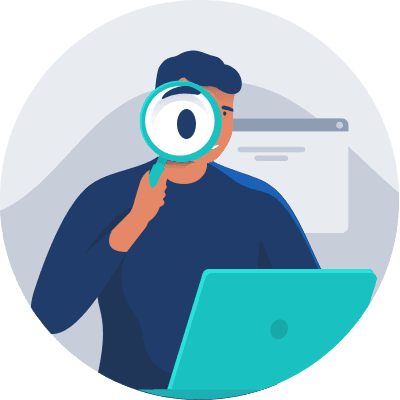 You can also ask them questions if you want to learn more about their product or company. You can rest assured that you'll get all of the answers you need and more.

For example, you can ask them the following questions:

If you ever need anything related to Surf Shark and its service, you should talk to their chat support representative. It is one of the features of their company wherein they excel the most.

How strong is the security of VPNs?

The security of VPNs is strong because it's serious encryption. You need to encrypt the data before sending it and decrypt it when receiving it. This protects any sensitive information transmitted, such as bank details or passwords, etc. But, of course, the security depends on what you choose to be encrypted with - some are weaker than others.

Should business owners use a VPN for online privacy?

It depends on the type of information that you are trying to protect. When using a VPN, your encrypted data is sent through an intermediary server, which acts as yet another layer of security for your data. While it may be challenging to anonymize your online presence, using a VPN ultimately can help stop cybercriminals from accessing crucial personal information such as bank account numbers or passwords.

How does a Virtual Private Network (VPN) work?

A VPN allows you to route your internet traffic through another computer. This makes it appear you're browsing from someone else's computer. It also encrypts all data sent and received to ensure privacy. Using a VPN also allows you to "spoof" your location, making websites believe your IP address is located somewhere other than where it is.

Is Surfshark VPN Worth It?

Surfshark safeguards your privacy while torrenting and provides continuous access to geo-restricted streaming services like Netflix UK. Because it offers cost-effective deals for longer subscriptions, Surf Shark is an excellent long-term VPN investment.

Most VPNs include features like Whitelister and NoBoarders as standard. Surfshark also allows for an unlimited number of device connections. Surfshark VPN is a low-cost VPN with a slew of features. Over 1700 servers from 63 countries are part of the network.

Apps for Android, Mac, Windows, Linux, and iOS can communicate indefinitely. IKEv2 and OpenVPN support, AES-256 encryption, an automatic kill switch, and a no-log policy are technical highlights. In addition, VPN chaining is supported by SurfShark (two servers per hop). 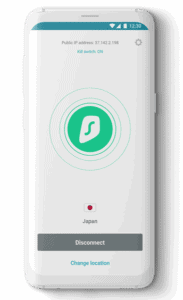 By: Michael Miller
Michael is the CEO of VPN Online, one of the fastest-growing media companies in the cyber-security space. VPN Online was started in 2019 after Michael consulted with many Fortune 500 companies and saw the lack of understanding about cybersecurity many of their employees had.
Quick navigation
1. Surfshark VPN Review
2. Surfshark Features
2.1. Unproblematic streaming with Netflix
2.2. Best for Torrenting
2.3. Unmatched security and protection
2.4. Incredible speeds
2.5. Log-free
2.6. Reliable and powerful Ad Blocker
2.7. Works in China
2.8. Heavy-duty Encryption
2.9. Compatible with Many Devices
2.10. Simple and Easy to Use Interface
3. The Pros
4. The Cons
5. Surfshark VPN Pricing
6. Customer Support
6.1. How strong is the security of VPNs?
6.2. Should business owners use a VPN for online privacy?
6.3. How does a Virtual Private Network (VPN) work?
7. Is Surfshark VPN Worth It?