ProtonVPN is a privacy-focused service with many impressive features worth considering. We take an in-depth look in this review and compare it with the competition.

33% Off
for the Two Year Plan of the normal monthly price.
Get the Deal

CERN scientists created ProtonVPN, and a Harvard physics Ph.D. professor created ProtonMail, the world's largest network for sending encrypted emails. So ProtonVPN is the result of both giants' knowledge combined.

It's one of the few VPN services I'd use if I didn't want Uncle Sam monitoring my online activities. I'd hate to find out my ISP is spying on me, but not with ProtonVPN!

We've been testing ProtonVPN for a few months now. ProtonVPN uses only the OpenVPN protocol, distinguishing it from other similar VPN services. It's less convenient than other protocols, but it ensures a secure connection.

The software also adds another layer of security called the secure node protocol to the mix. Hackers won't get through anytime soon because the encryption is strong. We'll get into this feature more later.

When compared to similarly priced VPN software, ProtonVPN has several excellent features. To begin, you have access to 1500+ servers spread across 54 countries. Brazil is the most recent addition to the list. But that's just the beginning of ProtonVPN's features.

ProtonVPN routes all traffic through several servers before leaving the network. So, even if the CIA's high-tech geeks were to monitor your traffic, the chances of your location being traced and traffic being intercepted is nil!

Forwarding secrecy is also supported, which is a fancy term for a system in which the encryption uses a different key for each session.

As a result, if one encryption key is compromised, no other traffic can be decrypted. This feature sets PureVPN apart from the competition in terms of privacy.

Many VPN services like to bury their logging policy in legalese. This means that the service does not record your original IP address or internet sessions. We can confirm that ProtonVPN has a strict no-logging policy after reading the fine print on their website.

It's tedious reading legalese, but someone has to do it! This policy leaves no room for compromise.

SecureCore connects to multiple servers. So, to connect to a US VPN server, the connection goes through three or more servers. So even if the US server is compromised, the attacker has no idea who you are or what you're doing. 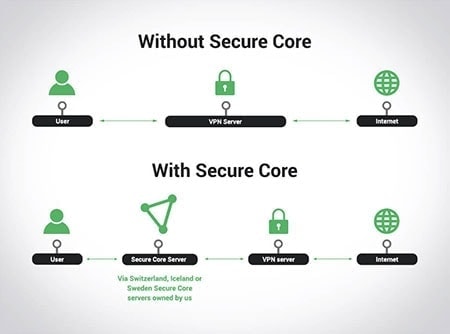 No Leaks in the Connection

In most cases, the internet isn't like a leaking faucet, but it is in terms of security. That is, both Web-RTC and DNS leaks have been known to reveal your actual IP address. If you reveal your real IP address, anyone can track you down.

In most cases, a connection conflict opens a tiny hole in the data stream, according to our experience. Unfortunately, while the gap is small, it is large enough for ISPs, governments, and even low-level hackers to slip through, effectively nullifying the purpose of using a VPN in the first place.

So why would you want to pay money for a VPN service that reveals your actual IP address? We put ProtonVPN to the test and found their connection was leak-free every time we used it.

In addition to Android, Mac, and Windows clients, tech-savvy users like me can use ProtonVPN's Linux client, which includes a command-line tool that allows you to connect to the server of your choice quickly. It speeds up connecting to servers by a factor of ten.

Users can access Netflix through ProtonVPN, but only through specific servers. I was curious to see which of these "certain servers" could fool Netflix into thinking I was accessing the site from somewhere other than the United States.

So I set out on this mission, putting each server to the test, and before I knew it, Vegas had access to Netflix without exposing my New York IP.

I was also able to use the Netherlands server to access Netflix's Dutch website. However, my advice is that if you're buying ProtonVPN solely to watch Netflix shows that aren't available in your region, you're wasting your money. 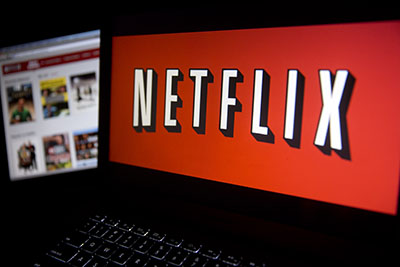 The basic plan allows two simultaneous devices but can go up to 10 devices while using their visionary plan.

ProtonVPN Pricing (Based on Annual pricing)

What type of encryption is best in a VPN?

This is a complicated question that can vary depending on who you ask and what VPN service you're using. Keep in mind that no encryption type can be considered entirely secure; even 256 bit AES is vulnerable under certain circumstances. However, each type of encryption offers different levels of security and effectiveness depending on how they are implemented.

Do I need a VPN to torrent?

Torrenting is one of the best methods for downloading large files. However, it's common knowledge that torrenting without a VPN can have you in legal trouble. A Virtual Private Network encrypts all your data, so anyone snooping on your connection would only see indecipherable text rather than the contents of your files. Moreover, adding an extra hop to your path means no one along the way can see what you are downloading or where you are downloading it from.

How does VPN make me anonymous?

Your true IP address is hidden when using a VPN. This means that no one can track your internet activity unless they hack into the VPN company's databases, which is very unlikely to happen. As a result, no one can monitor what sites you are visiting or record your downloads, ensuring complete privacy and anonymity.

Is ProtonVPN Worth It?

ProtonVPN has everything a user who cares about their privacy needs. It has a large number of mobile apps, a simple interface, a large number of servers to choose from, and many advanced features for tech-savvy users.

Unlike other VPN services, they place a strong emphasis on privacy, which is one of the reasons I use them. It's also why I'd recommend it to businesses because your privacy is important to you as a business.

The only disadvantage, as previously stated, is that Netflix does not always function. Therefore, you may have to try a few different servers before finding one that works. 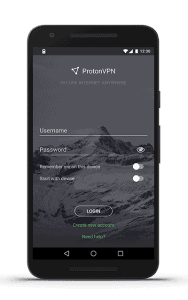 By: Michael Miller
Michael is the CEO of VPN Online, one of the fastest-growing media companies in the cyber-security space. VPN Online was started in 2019 after Michael consulted with many Fortune 500 companies and saw the lack of understanding about cybersecurity many of their employees had.
Quick navigation
1. ProtonVPN Review
2. The ProtonVPN Features
2.1. 2x Traffic Encryption
2.2. Strict no-logging policy
2.3. No Leaks in the Connection
2.4. A Linux Client
2.5. Netflix Supported
2.6. Number Of Devices Allowed & Platform Supported
3. The Pros
4. The Cons
5. ProtonVPN Pricing (Based on Annual pricing)
6. Frequently Asked Questions
6.1. What type of encryption is best in a VPN?
6.2. Do I need a VPN to torrent?
6.3. How does VPN make me anonymous?
7. Is ProtonVPN Worth It?