PureVPN has a bad reputation owing to a negative campaign setup by competitors to dissuade potential buyers. Our PureVPN review uncovers the truth. 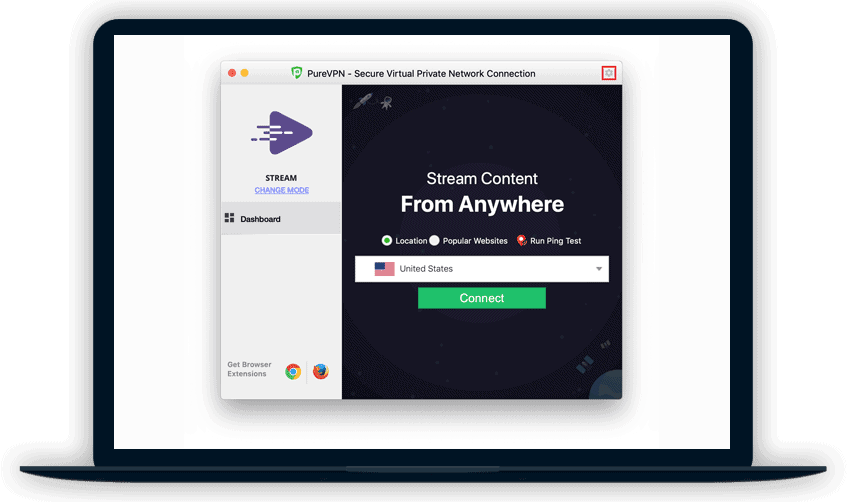 After seeing so much negativity toward PureVPN, I was tempted to try it out. Call it counterproductive or counter-intuitive, but it's usually competitors who hire a negative publicity firm when you start hearing a lot of negativity about something.

Yes, such agencies exist, which is why I've learned not to believe everything you read on the internet. Trustpilot.com is the only place I look for PureVPN reviews.

This is because only those who have used the software or service in its entirety are eligible to leave a review. Competitors or the company itself can't manipulate the system. Take a look at the Trustpilot screenshot below, or read the user reviews here.

PureVPN is excellent, as evidenced by the reviews and rating system. You can also read individual user comments to understand better what to expect.

What You Need To Know About PureVPN

It Does Not Slow Down Your Internet

VPN services, in general, have gotten a bad rap over the years for notoriously slowing down internet speeds, which users have been unhappy with. Yet, surprisingly, many VPN services continue to slow down what may already be a slow internet connection.

Fortunately, even if you use PureVPN to stream Netflix, YouTube, and other content, this is not the case. In addition to not slowing down your internet, PureVPN has several other features, such as reliable VPN servers located worldwide that performed well in our speed tests.

PureVPN uses military-grade encryption protocols and has apps for Android and iOS devices is also a plus. There are many other reasons to consider PureVPN, which we'll go over in detail below.

When I first opened PureVPN, it took around a full minute to open. Keep in mind that I've tested many other VPNs simultaneously for comparison and had virtually no other issues. This also happened after reinstalling just to make sure the files were intact.

Perhaps the servers are booked. You'll need to enter your email address and choose a password once you've decided to subscribe and download their software when signing up.

Other VPNs that use the same method to separate payment identities from user identities, ensuring greater anonymity, have also been tested.

Excellent Set of Features and Easy to Understand

PureVPN is a breath of fresh air among VPN apps. It's simple to use and designed for new VPN users. PureVPN offers five features: security, internet freedom, streaming, remote/dedicated IP, and file sharing. The PureVPN app then allows for selection.

I like PureVPN's ease. So you can choose your Netflix region (UK, Australia, etc.) using their Internet Freedom feature. Except in China. It was noticeably faster than PureVPN before. However, it was difficult to read on a smaller screen with bright colors and pictures.

You can see your current IP address and session duration with a VPN connection. An essential feature for users of the metered internet is the traffic graph. It does not have data caps. Your ISP's plans are your only constraint. Next, you select the server and country.

Clicking on servers connects you to them. Low latency gives some servers an edge. You can also choose protocols.

Use OpenVPN, IKEv2, SSTP or PPTP. PureVPN also claims to have its stealth protocol for maximum anonymity. PureVPN ranks them in terms of speed and safety to pick a protocol. Notably, improved security reduces speed. So you might have to compromise.

A Mind-Blowing Number of Servers

You can choose a server for yourself using the map on the left, bypassing the software's default recommendation. Remember that PureVPN selects the fastest server by default, usually the closest.

PureVPN has more than 6500 servers in 140 countries and 180 locations worldwide, providing a wide range of IP addresses. Asia, Central America, South America, North America, Europe, Asia, and Africa are among the servers' locations.

You might think that PureVPN only has server locations in countries where websites aren't censored or blocked, but you'd be mistaken. There are servers in Russia, Turkey, and China if you need them.

Let's get one thing straight: using a VPN slows down your internet speed. This is because extra security measures are used to encrypt and protect your online privacy. Most VPN services try to minimize the impact. It won't be like dial-up.

We discovered slower VPN services. Some may have slowed downloads to avoid overloading servers. Uploads increased by 4%, but not as much as downloads—another excellent VPN provider rating.

Our international speed tests resulted in a twofold increase in latency. Regardless, download speeds were 403.8 percent faster than competitors. On the other hand, Hotspot Shield increased upload speeds by 1.4 percent.

I give PureVPN credit for providing above-average customer service, particularly the competition. In addition, support is available 24 hours a day, seven days a week via live chat.

The PureVPN website's FAQs page answers about 80% of most users' questions about the service and software.

Do all VPNs support torrenting?

No, not all VPNs support torrenting. Torrenting is considered illegal in some countries, so some VPN providers are forced to block it by the government. Please check beforehand if your VPN supports it if you are looking to torrent. At this time, most VPNs do not support P2P. That is why you need a special kind of VPN designed for P2P in mind. For example, NordVPN offers users servers optimized explicitly for Torrenting.

Can I play games when my VPN is active?

Yes, you can play games when your VPN is active. However, it may be best to turn off unnecessary internet connections while playing games. Some games will use the internet connection for matchmaking or just plain old communication with other players. Be careful, though. Some game companies can ban your online account if you use a VPN while playing one of their titles.

Do VPNs work on Linux and Android devices?

Yes, Linux and Android offer a wide range of VPN protocols. However, OpenVPN is the most popular one on those platforms as it offers the best security with no major downsides. Of course, you can also use L2TP or IPSec for Linux and Android devices, but they are considered less secure as they encrypt only the VPN tunnel and not the content of your internet traffic.

PureVPN is a winner if you're looking for a low-cost, high-security, and simple-to-use VPN service. In addition, our PureVPN walkthrough guide is an excellent resource for those new to the VPN service who want to learn more about it.

Another point is that PureVPN is headquartered in Hong Kong, an offshore jurisdiction where international laws do not apply. 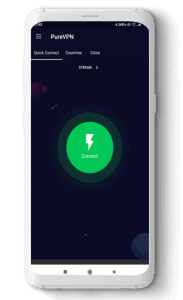 Get Your Hands On The Best VPN

82% OFF
Secure yourself.
ON PUREVPN’S 2-YEAR PLAN
Get it now
31-Day Money Back Guarantee

By: Michael Miller
Michael is the CEO of VPN Online, one of the fastest-growing media companies in the cyber-security space. VPN Online was started in 2019 after Michael consulted with many Fortune 500 companies and saw the lack of understanding about cybersecurity many of their employees had.
Quick navigation
1. PureVPN Review
2. What You Need To Know About PureVPN
2.1. It Does Not Slow Down Your Internet
2.2. Hands-on and First Impressions
2.3. Excellent Set of Features and Easy to Understand
2.4. A Mind-Blowing Number of Servers
3. The Pros
4. The Cons
5. PureVPN Pricing
6. Customer Support
7. Frequently Asked Questions
7.1. Do all VPNs support torrenting?
7.2. Can I play games when my VPN is active?
7.3. Do VPNs work on Linux and Android devices?
8. Is OneVPN Worth It?