Yes. Private Internet Access (PIA) is good and safe for torrenting. As a matter of fact, there’s a lot of individuals that swear it’s the best. With all that being the VPN provider is not perfect by any means. To know how come it is so great for torrenting, continue reading this article.

Below are the disadvantages and main selling points of PIA for torrenting:

Of course. Private Internet Access allows for P2P torrenting on its network. However, like all of its major competitors, the service doesn’t promote the downloading of copyrighted material, which is illegal in most jurisdictions. If anything, this shouldn’t come as a surprise.

How to Use PIA (Private Internet Access) for Torrenting 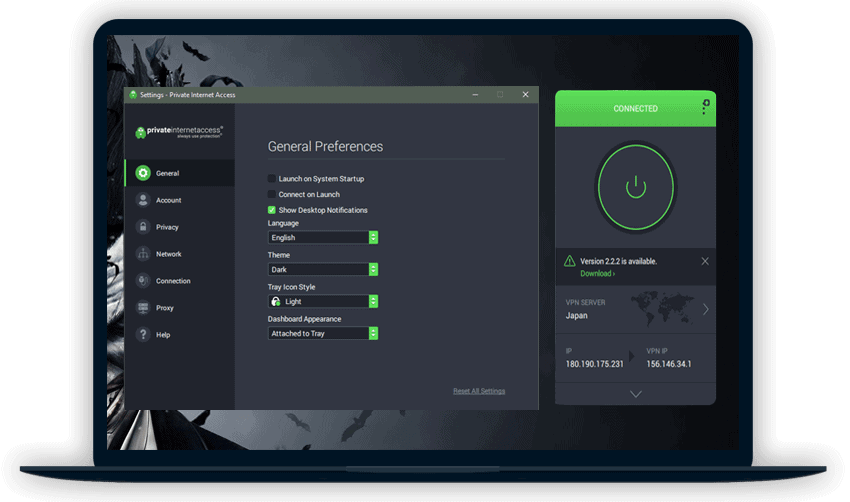 To begin using PIA for torrenting, you’ll first have to create a user account then purchase a subscription. When that’s over with, download the VPN’s native app for your device on its website. You can get a Private Internet Access application for almost every leading OS.

After downloading PIA’s app, install it. For most devices, this process is automatic. However, it’s easy to manually install the service’s apps when necessary. Children, the elderly, and just about anyone can do it without having to ask for help from customer service.

Before opening your torrent client, make sure to start Private Internet Access. When that’s not done, you’ll be putting yourself in danger. How? By opening a path that hackers and other cybercriminals can take to probe your device or discover your legitimate IP address.

Once you’ve started PIA’s application on your device, go to the settings menu then activate the provider’s kill switch feature. Never skip this step since you never know when your connection to the VPN’s server will get cut. Keep in mind that it’s always better to be safe than sorry.

A kill switch is basically a precautionary VPN feature. How does it work? By cutting off your device’s connection to the internet if ever its link to the VPN server gets compromised. The feature is basically a must-have for anyone that regularly downloads via torrent.

The next thing you need to do after activating Private Internet Access’ kill switch is connect to a P2P server. What server should you choose? Any one of the VPN’s 3000+ locations will suffice since they’re all P2P enabled. From a convenience standpoint, this is wonderful. 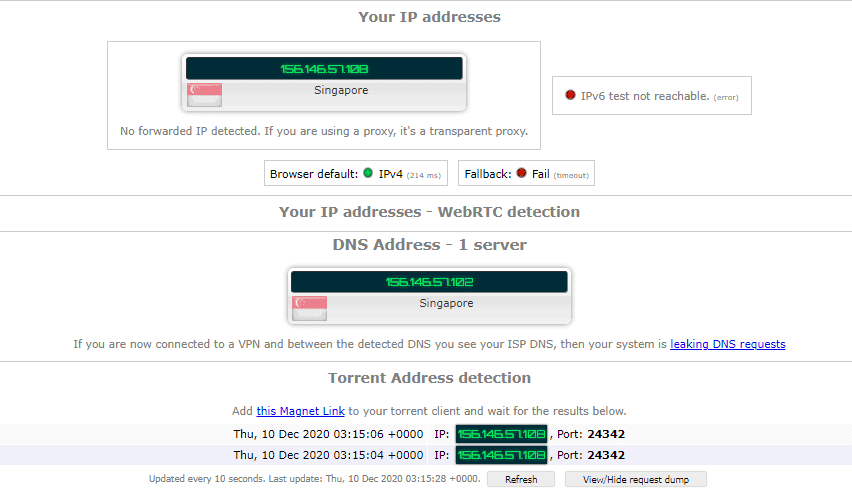 When you’re finally connected to one of PIA’s servers, verify for leaks using IPLeak.net, which is the best testing software there is. If your real IP address gets detected, transfer to another server and then repeat the process. Doing so usually fixes the problem at hand.

In case PIA doesn’t pass your torrenting leak tests, don’t proceed with downloading. You will only put yourself in a situation where you can be compromised by doing so. As stated earlier, being safe rather than sorry is always best when it comes to online security.

If everything goes smoothly and Private Internet Access manages to hide your IP address, it’s finally time to begin torrenting. Open your torrent client then select a magnet link from your preferred source. When downloading, make sure to never close PIA. Only do so after.

Yes. Private Internet Access is a great option for anyone that likes to torrent. Despite it being based in the United States, the VPN has managed to maintain a clean record. It has never disclosed the private information of its subscribers despite being obligated by law.

PIA has a concrete zero-logging policy that prevents it from monitoring, gathering, and storing the personal data of its users. With that said, the service hasn’t subjected itself to any external audits yet. Moreover, it also hasn’t begun utilizing RAM-based servers.

Aside from an automatic kill switch, Private Internet Access also has a malware blocker called PIA MACE. Besides that, it has a split tunneling feature and supports WireGuard, which is the newest and safest VPN protocol. Thus, you can be sure that it’ll keep you safe.

Since it has been around for many years, it shouldn’t come as a surprise that PIA boasts a large network. In fact, the service operates more than 3000 servers across the world. It even has on-site locations in places that aren’t VPN-friendly such as China.

One last thing that you should know is that Private Internet Access doesn’t work in China. Thus, it isn’t a viable option for people who live in or visit China regularly and download torrents there.

Speed isn’t something that PIA is well-known for. Despite that, it’s guaranteed that you will not have issues with slow download times when using the service. My tests have proven time and time again that Private Internet Access is fast. If anything, this is due in large part to the VPN having zero bandwidth limitations.

As seen above, the only major operating system that PIA doesn’t have a native application for is Chromebook OS. Fortunately, the VPN service provider may still be used on devices that run it since it has router support. Hence, nobody is really left out after buying a PIA subscription.

PIA can work alongside Vuze, Deluge, BitTorrent, uTorrent, qBittorrent, and all other mainstream torrenting clients. Furthermore, it allows for a maximum of ten simultaneous device connections per account, which is an offer that’s better than what most competing VPNs have.

Private Internet Access has been touted as one of the best budget-friendly VPN solutions. Sad to say, this is no longer the case. Recently, the service has increased the prices of its plans.

As a result, it’s now out of the reach of big savers. Despite that, we still believe that it offers decent value for money, especially considering everything it offers.

Check out the table below to see the full pricing schemes of PIA:

Unfortunately, there’s no way to try Private Internet Access for free. However, you may try the provider without risks. How? By purchasing a basic subscription then taking advantage of its 30-day money-back guarantee policy if you ever find yourself unsatisfied. Just ask the live chat support.

Private Internet Access is truly an excellent VPN solution for torrenting. Although it’s not perfect because it doesn’t work in China and is based in the United States, it shall meet the requirements of any individual that downloads regularly.

The security features of PIA are complete and its server network is large. Besides that, it is fast enough to let you download quickly. Most importantly, the service does not leak when torrenting, which is great. For those who don’t are unaware, many competing services claim to be suitable for torrenting but cannot pass IPLeak.net’s leak tests.

Affordability is something that might prevent some from getting PIA. All I have to say is that the VPN is definitely worth the investment. Once bought, it’s certain that you won’t be taking advantage of the 30-day money-back guarantee that’s offered. 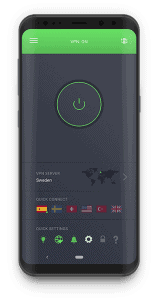 The #1 Most Trusted VPN