Is VPN Unlimited Good and Safe for P2P Torrenting?

Yes. VPN Unlimited is good and safe for torrenting. Nonetheless, the VPN provider isn’t perfect. With that being said, it’ll definitely meet the requirements of people who obtain web content primarily via torrent.

Below are the pros and cons you should know about before using VPN Unlimited for torrenting:

Yes. While many VPN services prohibit or discourage torrenting activity, VPN Unlimited does not. In fact, the service promotes the use of its servers for the task. However, it actively dissuades its subscribers from downloading any copyrighted material.

How to Use VPN Unlimited for Torrenting

It’s a breeze to use VPN Unlimited for torrenting purposes. You can actually do it by following a couple of simple steps:

For starters, create a VPN Unlimited account then purchase a subscription. Once that’s over with, you can download its native application for your device on its website. After a quick download session, go ahead and install the VPN service’s app.

The installation process of VPN Unlimited’s apps differs from platform to platform. You don’t have to be concerned though as it’s not difficult regardless of what operating system your device runs. Quite interestingly, the whole process will take less than five minutes.

Always start your VPN provider’s app before opening your torrent client. By not doing so, you’ll be putting yourself in a position wherein cybercriminals and other third-parties can probe into your device. Using the basic information they get, they can do you harm. 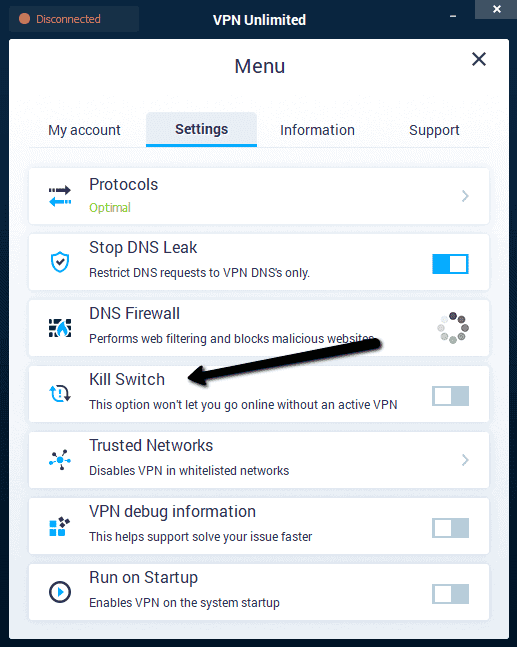 Never download torrents without activating VPN Unlimited’s kill switch. After all, you’ll never know when your device’s link to its network will get interrupted. Remember that it’s always better to be safe than sorry, especially when it comes to online security.

Once you’ve activated VPN Unlimited’s kill switch that’s off by default, you may connect to one of its P2P servers. Sadly, there are fewer than 10 locations to choose from. You can pick between them easily as they’re listed on all of the service’s native applications.

VPN Unlimited’s torrenting servers are all located in either North America or Europe. Hence, if you’re looking to pair elsewhere, you’re out of luck. Also, since the service only operates a handful of P2P servers, you should note that they’re likely to become overloaded. 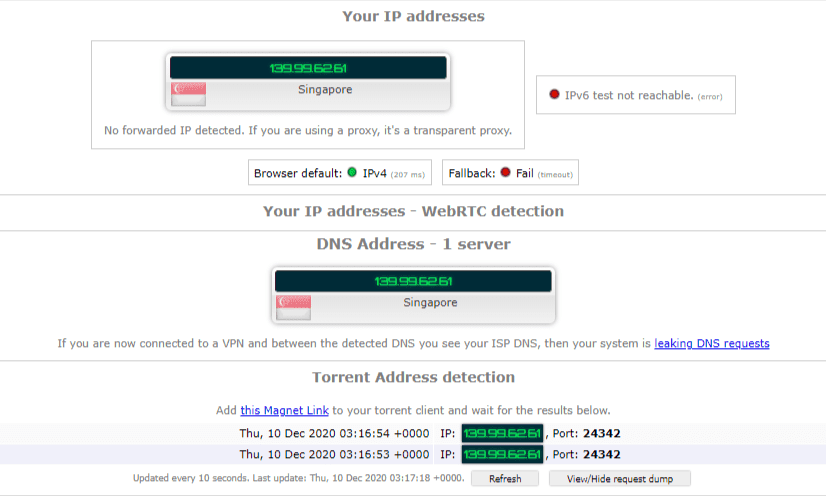 While this step is optional, I highly recommend that you don’t skip it. Make sure to always check for torrenting leaks using IPLeak.net before you proceed with downloading torrents. If ever the testing software manages to detect your legitimate IP address, do not proceed with torrenting.

If everything checks out and VPN Unlimited passes your leak test, you may go forward and start downloading torrent files. To do this, first, open your torrenting client then look for a magnet link from your favorite torrent website. Following that, click that link and you should be downloading.

Is VPN Unlimited Good and Safe for P2P Torrenting?

Yes. VPN Unlimited is good and completely safe for torrenting. That said, it’s not perfect since it only operates a handful of P2P servers. Moreover, it’s based in the United States, which is a leading member of the Five Eyes Alliance.

VPN Unlimited does have a strict no-logging policy in place. Unfortunately, the service has not had itself audited by any third-party yet. That means the public cannot trust it completely with keeping their private information. After all, the only thing the service now has is its claims.

A kill switch isn’t the only security feature that VPN Unlimited has. It also boasts a malware blocker and split tunneling for Android devices. In addition, the service also allows you to establish a personal VPN server and IP address for a minimal fee.

One major drawback of VPN Unlimited is the fact that it only has a tiny network that consists of a little more than 1000 servers. As a result, it provides few connectivity options and is prone to becoming overloaded. Moreover, it’s less capable of keeping its users anonymous.

Like most of its competitors, VPN Unlimited doesn’t support port forwarding. At present, it has not released an explanation why. However, the reason would most likely be because having support for it comes with many risks that might tarnish the provider’s good reputation.

My tests have proven that VPN Unlimited is blazingly fast. In fact, it can easily compete with the likes of NordVPN, ExpressVPN, and even Surfshark. This is rather surprising given that the service isn’t as established as any one of the three aforementioned competitors.

These are what VPN Unlimited is compatible with:

Quite surprisingly, VPN Unlimited has a native app for every leading operating system except for Chromebook OS. Furthermore, it has extensions for all mainstream browsers. In addition, the service can be installed on a handful of routers. Lastly, it’s compatible with each widely-used torrenting client that’s available.

VPN Unlimited sadly only allows for a maximum of five simultaneous connections. Hence, one account most likely won’t be enough to keep everyone in your business or household safe.

The prices of VPN Unlimited are really affordable but not the cheapest. Nonetheless, I believe that the service is the best choice for anyone who’s got a tight budget. That’s because it offers a lifetime plan for just $199.99. In the industry, no other VPN matches this.

Anyone wishing to try VPN Unlimited without risks is in luck. The reason why is because it offers a 7-day free trial. On top of that, it also maintains a 30-day money-back guarantee policy that people with regrets after purchasing the provider make take advantage of. Just ask their live chat support.

Below is a table listing down its full specifications (from our VPN Unlimited review):

VPN Unlimited is not a perfect VPN for torrenting. Nevertheless, it’s capable of protecting you whenever you partake in a downloading session. After all, the VPN provider has a wide assortment of security features that’ll ensure you’re safeguarded.

Apart from security features, VPN Unlimited also has applications and extensions for all leading operating systems and browsers. Moreover, it can work alongside uTorrent, BitTorrent, Deluge, Vuze, and qBitTorrent without any issues whatsoever. Lastly, the service has router support, meaning that it can be utilized together with any device that connects to the internet.

I’d recommend VPN Unlimited for torrenting to anyone who doesn’t want to continually pay for a VPN subscription. Why? Because it’s currently the only top-tier VPN service that has a lifetime plan available. To make things better, that lifetime plan is not that expensive.

By: Erwin Caniba
Eric is the co-founder of VPNOnline. He has been an avid user of VPNs since 2012. He has tested all of the major VPN providers and shares his findings on this website. Follow Eric on Facebook.
Quick navigation
1. Does VPN Unlimited Allow P2P Torrenting?
2. How to Use VPN Unlimited for Torrenting
2.1. 1. Install VPN Unlimited
2.2. 2. Start VPN Unlimited Before Starting your Torrent Client
2.3. 3. Activate Kill Switch
2.4. 4. Connect to VPN Unlimited P2P Server
2.5. 5. Verify for Leaks
2.6. 6. Start Torrent Client and Download Torrent
3. Is VPN Unlimited Good and Safe for P2P Torrenting?
3.1. No Logs Policy, Security Features
3.2. Speed Capabilities
3.3. Compatibility, Simultaneous Connections
3.4. Pricing
4. More Details About VPN Unlimited
5. Putting It All Together